Why the Vikings’ ‘Hard Knocks’ Would Have Been Full of Intrigue

HBO announced that it would continue its production of the 15th season of “Hard Knocks” a television documentary series that offers a behind-the-scenes look at an NFL team during its training camp and the preparation leading up to the start of the season.

What many NFL teams are going through this year is unprecedented, but SportingNews said that the decision to feature both the Los Angeles Rams and Los Angeles Chargers was a “boring” choice by the producers:

“This year, the featured teams are the Rams and Chargers, a special two-team edition now all from Los Angeles, from Thousand Oaks to Costa Mesa. The NFL keeps trying to sell L.A. and up the ante on “Hard Knocks,” but is the wrong time for an expanded experiment with, quite frankly, two of the league’s least popular teams.”

Some of the major storylines surrounding this season beyond the teams’ training camp drama include: how coronavirus will change training camp, how “Hard Knocks” will address the Black Lives Matter movement, how players respond to playing in empty stadiums in the preseason and what kind of access the camera crews will have.

The actual team storylines in Los Angeles are a bit stale and with the surrounding circumstances of coronavirus and recent protests around the country being of intrigue elsewhere, it begs the question:

What would “Hard Knocks” have looked like if the Minnesota Vikings were the featured team?

Vikings Training Camp Could Be the Most Competitive 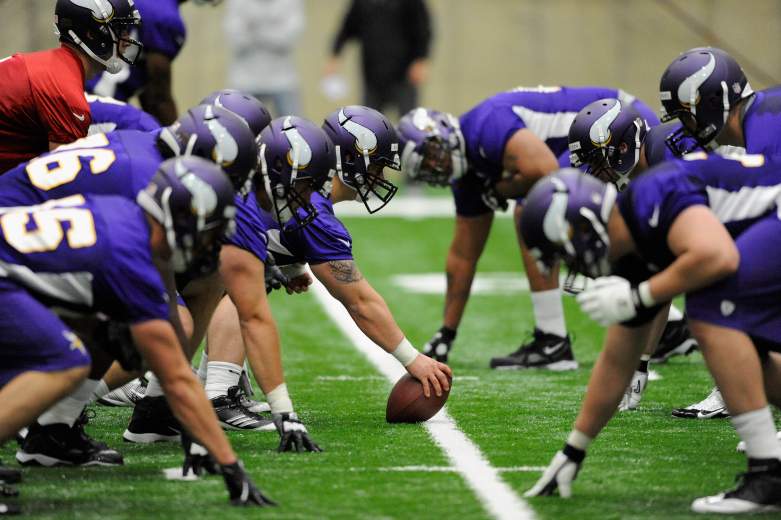 GettyThe Vikings training camp this season has the potential for many fiery position battles.

The Vikings parted ways with seven starters this offseason, and while still being restricted financially, haven’t brought in many veteran free agents. This led the 15-man 2020 draft class and the signing of a dozen undrafted free agents. All of the rookies are now set to compete with second- and third-year players who are eager to solidify themselves as mainstays in the Vikings lineup but will have to adapt quickly after missing valuable in-person training due to coronavirus.

This includes battles at cornerback and wide receiver — which have been some of the fiercest position battles at training camps in the past.

Mike Hughes is the only returning starter at cornerback, and while rookie first-rounder Jeff Gladney is expected to be a starter right away, where he’ll line up is still reliant on how he and the other cornerbacks have come along during the team’s virtual training sessions. Third-year cornerback Holton Hill showed he’s competent on the field last year while third-round pick Cameron Dantzler (who held college football’s best wide receiver in check last season) could compete with him for a starting spot on the outside. Add in fifth-rounder Harrison Hand, recently signed Nevelle Clark (who was one of the top undrafted cornerbacks in rookie free agency) and the position is brimming with competition.

While Justin Jefferson was drafted to replace Stefon Diggs, the signing of Tajaé Sharpe and the emergence of Olabisi Johnson for the outside and slot receiver spots will be one of the camp’s most-watched battles.

Both starting offensive guard spots are open along with the third linebacker and, due to nose tackle Michael Pierce opting out of the 2020 season, but interior defensive line spots are also up for grabs. This could be one the most competitive training camps in coach Mike Zimmer’s tenure in Minnesota and there’s also the potential for some veterans to join training camp.

Minneapolis: An Epicenter of Sports, Race and Politics 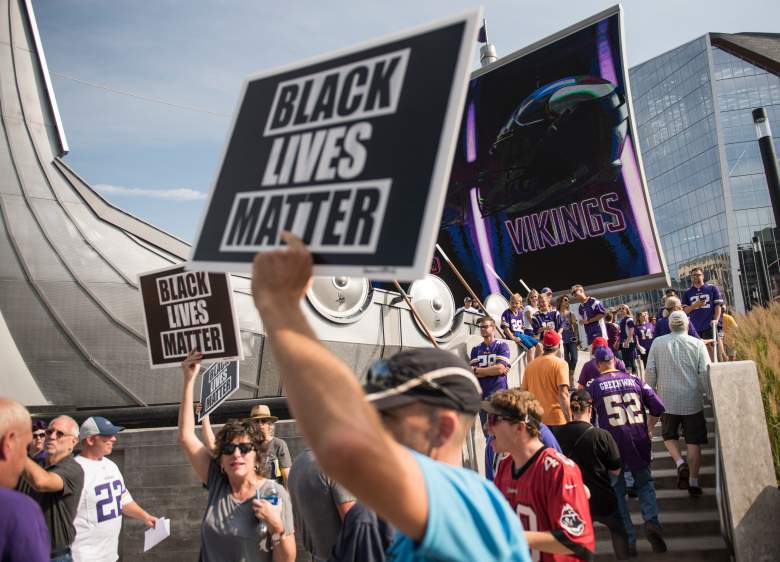 GettyProtests have erupted across the country over police brutality following the killing of Minneapolis-area man George Floyd.

The police killing of George Floyd in Minneapolis reignited protests against police brutality as Black liberation movements continue to hold demonstrations across the country.

The “stick to sports” cliche has been worn out as many athletes have vocalized their experiences and understanding of racism — including many Vikings players who have also been actively engaging in community efforts in their home city.

NFL players have continued to press the league and owners to do more for racial justice and equality and many commentators have resurfaced conversation that Colin Kaepernick should be offered a chance to work out for teams.

Chargers coach Anthony Lynn recently said that teams would be “crazy” to not have Kaepernick on their workout lists, signaling the former San Francisco 49ers Super Bowl quarterback could be on several teams’ radars.

One former NFL executive wrote an opinion piece on why the Vikings should offer Kaepernick a contract. The Vikings remain among a list of several teams that should consider Kaepernick, whose Know Your Rights Camp Legal Defense Initiative recently helped Minnesotan protestors cover their legal fees after they were arrested for violating a state-mandated curfew.

Although the buzz surrounding Kaepernick’s signing has worn off, there’s still the possibility, especially during a pandemic, that teams could bring him into training camp as the prevailing notion is that the NFL blackballed Kaepernick out of the best years of his career.

Roger Goodell recently said he’d “welcome” and “encourage” a team to sign Kaepernick after saying six months ago the league had moved on from him. Goodell’s shift follows a change in public opinion as a majority of fans believe Goodell for blackballing him.

Why ‘Hard Knocks’ Didn’t Happen For the Vikings

The criteria for a show also played a part in the possibility of the Vikings never being an option to begin with. Any team can appear on the show if they volunteer, but after there weren’t many willing teams the NFL made a set of guidelines in 2013 to force teams onto the show.

For a team to qualify, they must have not made the playoffs in the past two seasons, which has never happened under Zimmer. The Vikings check all other boxes with a non-first-year head coach and have not been on the show in the past 10 years.

While all of this sounds like entertaining television and reminiscent of Hollywood, it’s not the type of ship Zimmer or the Vikings run, who have turned down a chance to be the show in the past.

Add in a pandemic and the ongoing developments as franchises continue to make adjustments on the fly for player safety and it’s probably the least likely time that the Vikings would want national cameras at TCO Performance Center.

Trevor Squire is a Heavy contributor covering the Minnesota Vikings and journalism graduate from the University of Minnesota — Twin Cities. Connect with him on Twitter @trevordsquire and join our Vikings community at Heavy on Vikings on Facebook.