TikTok has posted a video pledging that the app is “not planning on going anywhere” and is “here for the long run” as chances escalate that President Donald Trump will ban it.

The video, which you can watch below, was shared on TikTok, and it was also shared on Twitter, where it had almost half a million views within a few hours.

The video starts: “A message from U.S. General Manager Vanessa Pappas to our TikTok community.”

Here’s what you need to know:

In the Video, Pappas Touts the Number of Jobs That TikTok Brings to the U.S. Economy

A message to the TikTok community. pic.twitter.com/UD3TR2HfEf

In the video, Pappas made sure to craft an economic message, perhaps hoping that will appeal to Trump and Republicans who might otherwise favor a ban.

“Tiktok is a home for creators and artists to express themselves,” she says. “Their ideas and connect with people across different backgrounds, and we are so proud of all the various communities that call TikTok their home.”

She continued: “I’m also proud of our 1,500 US employees work on this app every day and the additional 10,000 jobs that we’re bringing into this country over the next three years. I’m thrilled about our US creator fund where we just announced our $1 billion fund to support our creators and when it comes to safety and security were building the safest app because we know it’s the right thing to do.”

She again reiterated that Tiktok appreciates “the support” that people have given the app, concluding, “We’re here for the long run and continue to share your voice here. Let’s stand for TikTok.”

Trump Said the U.S. Is ‘Banning’ TikTok ‘From the United States’ 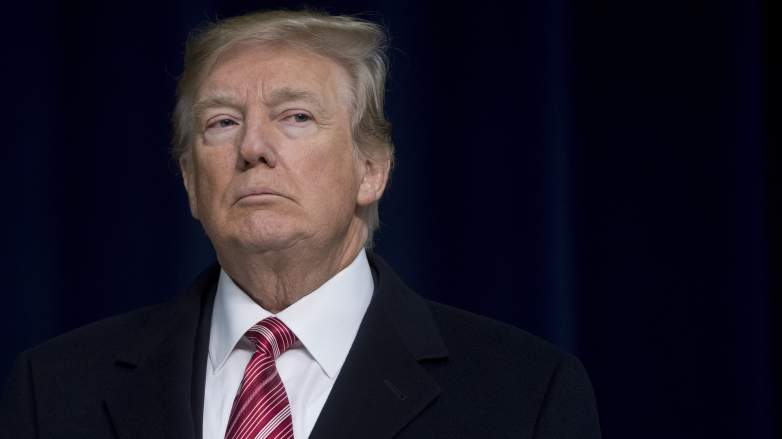 GettyPresident Donald Trump announced that he intends to use an executive order to ban TikTok in the United States.

According to CNBC, Trump escalated his rhetoric against TikTok on July 31, telling reporters that he will ban the app from the United States “as soon as Saturday” on August 1.

The network reported that it wasn’t clear whether the president would use an executive order or Emergency Economic Powers Act “designation” to do so. “As far as TikTok is concerned we’re banning them from the United States,” Trump said, according to CNBC.

One wildcard: Microsoft may try to buy the Chinese-based app.

According to Axios, Trump’s concerns are that the app “could be sharing U.S. user data with the Chinese government.” India has already banned the popular video app.

TikTok has insisted that it protects its user data. However, Secretary of State Mike Pompeo previously called TikTok and other apps “Trojan horses for Chinese intelligence,” Vanity Fair reported. TikTok users were also blamed for buying up tickets to Trump’s Tulsa rally, reducing attendance below expectations. According to Variety, there are questions about whether Trump actually has the authority to ban TikTok, however.

“Banning an app like TikTok, which millions of Americans use to communicate with each other, is a danger to free expression and technologically impractical,” the ACLU tweeted in response to Trump’s comments.

According to Vogue, some people think Trump is upset by Sarah Cooper’s comedic videos making fun of him on TikTok.

READ NEXT: Remembering Summer Taylor, the Seattle Protester Struck by a Car.